I'm in Facebook Jail... but why I'm in Facbeook Jail is a bit infuriating.  Especially given that there's no human being to talk to about it.

I posted the same photo twice on facebook.   The original was uneditted.  The second time, I had adjusted the shadows and contrast a little on my phone via Photoshop Express app.

The photo is below.  It's a photo of me standing next to the pool.  The statue does not count according to the Community Standards on nudity.  Artwork, statues and figurines are allowed. 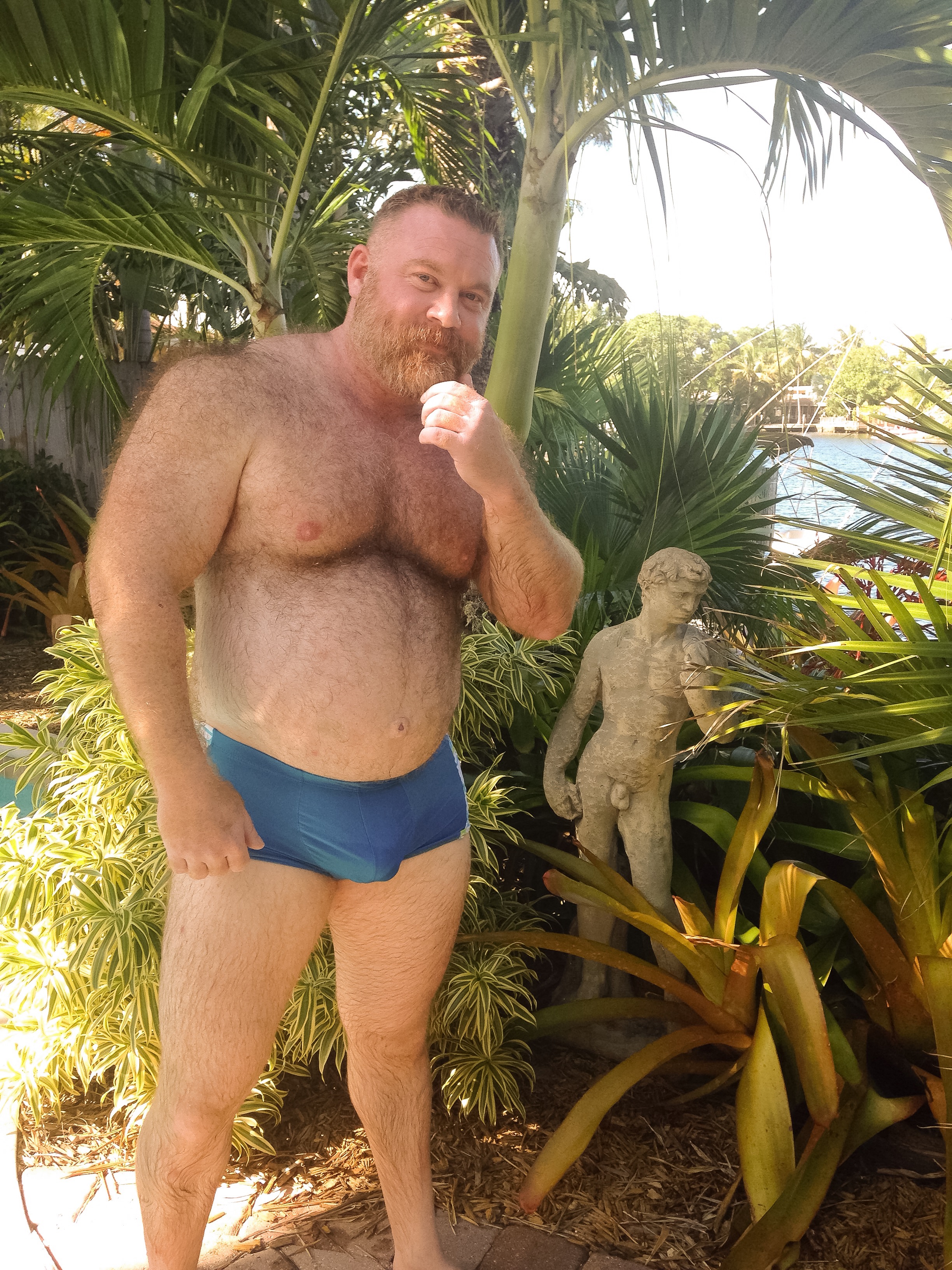 1- First the original was flagged for "nudity" on Facebook.  Even though there's no nudity in it. 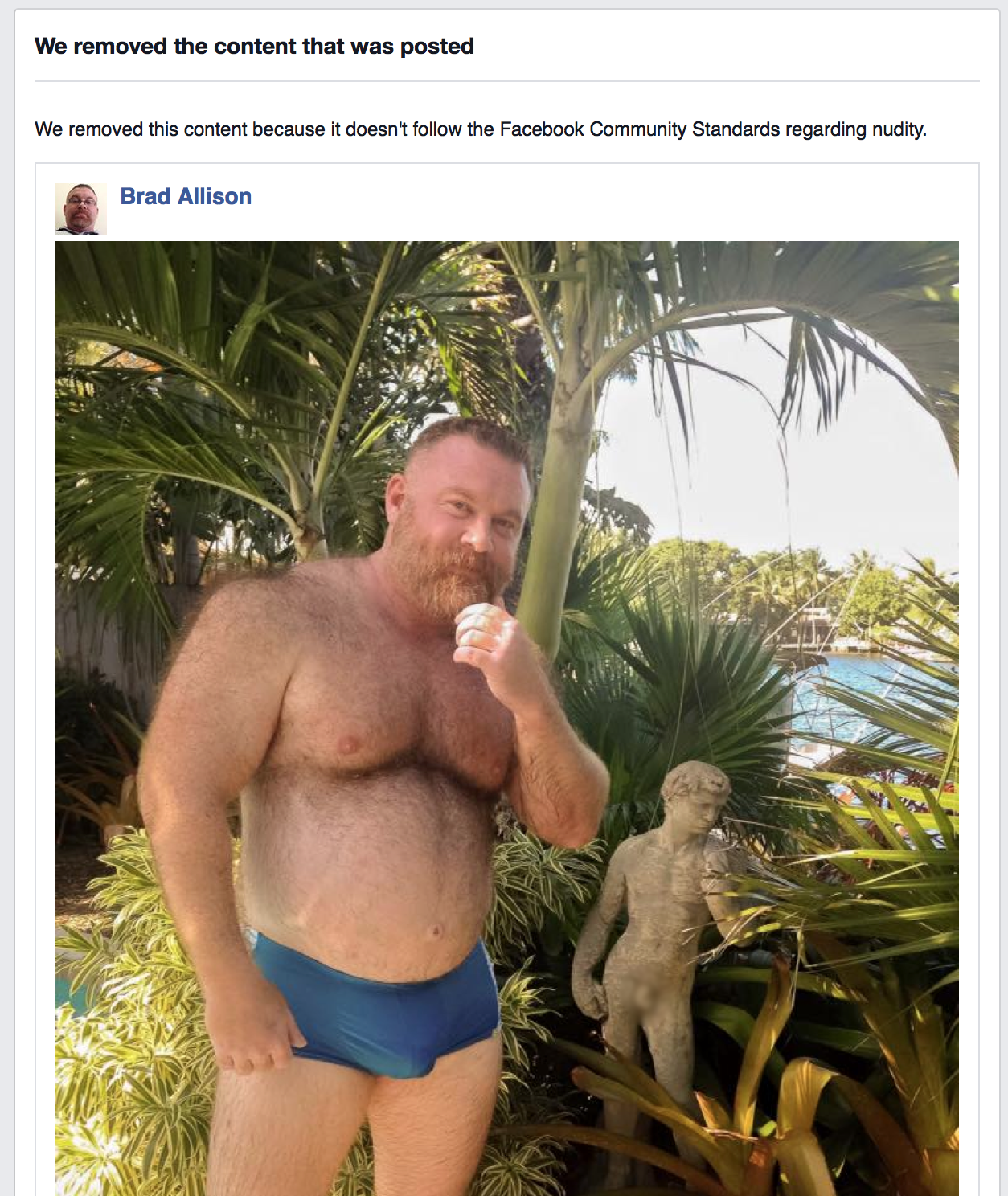 3- Then the original was reviewed by Facebook and deemed to contain NO COMMUNITY VIOLATIONS, and was NOT removed because there was NO community standards violations: 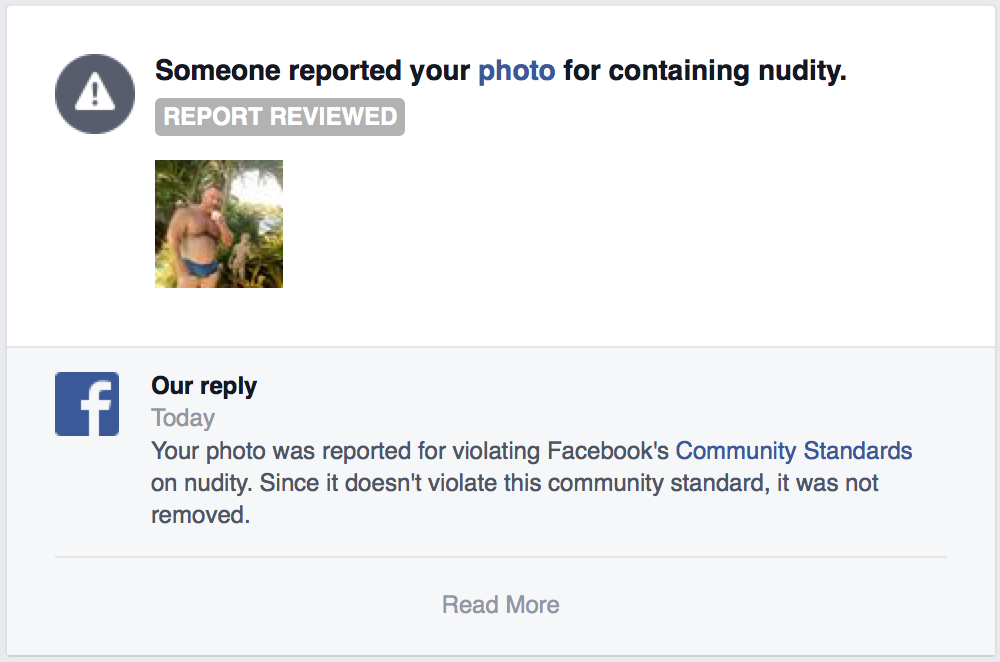 4- So then I took a screenshot of the photo being removed above along with the "We removed the content" and posted it on Facebook ALONG WITH the screenshot showing that it had been reviewed and found to contain NO violation.  I posted the question, "If it's the same photo both times, and it's reviewed to contain no violations, then why was it removed?"

5- Well that got flagged for "nudity" (even though again, there's no nudity in the photo).   That was then removed and now I'm in Facebook Jail for 24 hours.... On Christmas day.  For a photo that did NOT violate any Facebook standards!